A short while ago I set out to more properly distribute and balance the RAM I have available between my servers.

I originally had 24GB of unregistered RAM in the Dell R510, which I have running 24/7. In another —since sold— spare server I had 32GB of registered memory, which didn't really make a lot of sense. So I set out to swap them around, but ran into a few road blocks along the way that led me to also re-configure the RAM in my development server. In the end, I had three pretty decently configured servers, although my development server could benefit from two more 8GB sticks, but I think I did about as well as I could with the parts I had available.

The end result, as of the time of producing this video, is as followed:

It was good I (finally) went through and did this, and while nothing too exciting happens doing something like this, I do hope some of you might enjoy watching this little bit of homelab maintenance. 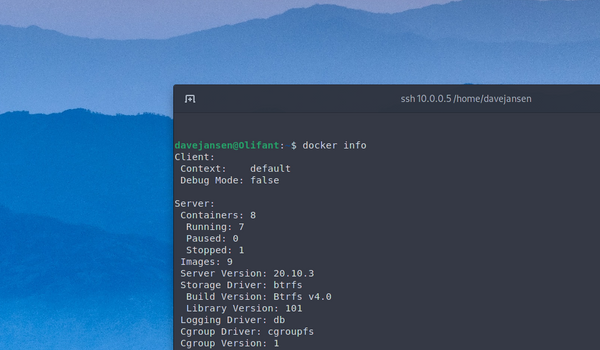 If you've installed and used docker before, you're probably familiar with adding your computer's user account to the docker user group to allow you to control docker (and docker-compose) without needing to use sudo. For production setups it might be beneficial to maintain that level of security, but for a

If you've been having trouble getting Synology Photos to more consistently show newly added images and videos, this might be of use to you.

Monitors and/or adapters don't always return all the supported resolutions and refresh rates to your computer. In those cases you may need to do some finagling to get the right configuration to work. On Windows you can usually rely on your graphics card's accompanying software to offer such functionality,